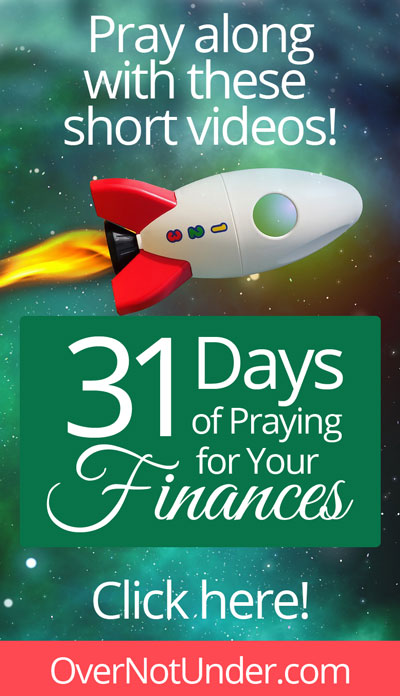 Have you given offerings to the Lord, asking Him for a harvest from your seed offering? Have you been waiting for your harvest with no sign of a return in sight? If so, pray with me today for all your fallow seed offerings!

God can and will bless you and bring you a huge harvest even when things look dead.

I know it’s hard to persevere in your faith sometimes. It’s way too easy to think that you mis-heard God, or the ground you sowed into must not have been good, or that sowing seed offerings doesn’t work after all anyway.

But beloved, sowing seed offerings DOES work; God can bring harvest even out of the worst ground; and He says that, in due season, you WILL reap–IF you faint not (Galatians 6:9).

I love the story of how Isaac got a supernatural harvest during a drought.

“There was a famine in the land, besides the first famine that was in the days of Abraham. And Isaac went to Abimelech king of the Philistines, in Gerar. Then the Lord appeared to him and said:

‘Do not go down to Egypt; live in the land of which I shall tell you. Dwell in this land, and I will be with you and bless you; for to you and your descendants I give all these lands, and I will perform the oath which I swore to Abraham your father.

And I will make your descendants multiply as the stars of heaven; I will give to your descendants all these lands; and in your seed all the nations of the earth shall be blessed; because Abraham obeyed My voice and kept My charge, My commandments, My statutes, and My laws'” (Genesis 26:1-5).

There was a famine in the land … but God told Isaac to stay put. It was a supernatural setup.

When God told Isaac to stay put despite the famine, He also promised to bless him there. He re-affirmed the covenant that He had made with Isaac’s father, Abraham, all those years before.

So, Isaac did as he was told. And you know what happened?

“Then Isaac sowed in that land, and reaped in the same year a hundredfold; and the Lord blessed him. The man began to prosper, and continued prospering until he became very prosperous; for he had possessions of flocks and possessions of herds and a great number of servants. So the Philistines envied him” (Genesis 26:12-14).

That’s right. The man sowed in famine–into what looked like a stupid investment; a fallow field–and God blessed him A HUNDREDFOLD. As a matter of fact, Isaac “began” to prosper–meaning, he had not been prospering before–and the people around him began envying him.

That’s right, folks. God can bring you a hundredfold harvest, even if your seed goes into ground that looks fallow.

If you believe God can bring you harvest from your fallow seeds, pray this with me:

(Reminder: I am going to share these videos over the next 31 days–one per day. If you haven’t already signed up for free email updates from this blog, be sure to do so so that you’ll get a daily email with the prayer video for each day! (Also, click here for the table of contents for this entire series.)

Do you have fallow seed offerings from which you need a harvest? If so, leave a comment below and tell me what you’re believing God to do!

THE Financial Book that Changed My Life: The Total Money Makeover by Dave Ramsey

Why I Keep a Ledger on God (Facebook video)

What Does It Take to Start a Blog or Ministry Online? (YouTube video)