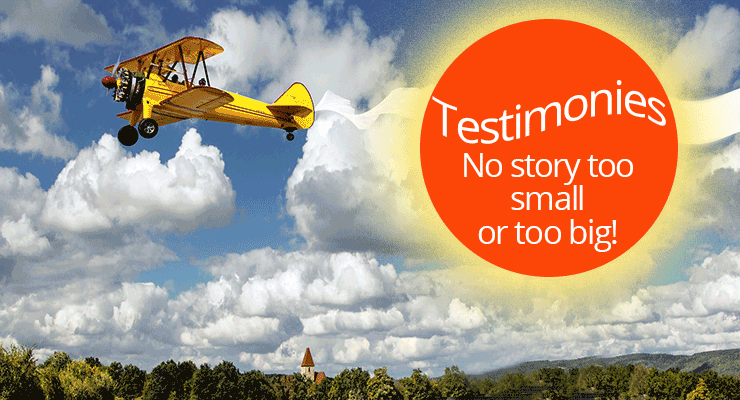 I was 25 years old and, honestly, pretty broke. I was in debt and had no savings.

Then I bought a copy of Dave Ramsey’s The Total Money Makeover, got inspired, and decided to work the plan.

It’s not the very first step in the makeover, but one of the early steps is to save either $500 toward a starter emergency fund, or $1,000 toward a better emergency fund. The idea captured my imagination and lit a fire in my soul. I had never had $1,000 in my life. Couldn’t even begin to think what it would be like to have $1,000 sitting between me and disaster.

But I knew it would be great, based on what Dave said. So I got to work. 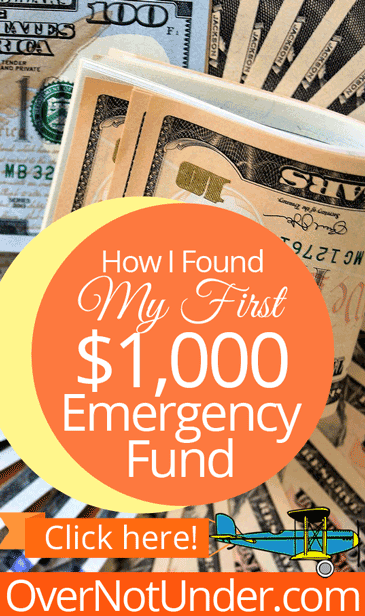 I prayed a lot, and I prayed throughout the process. It was a miracle of God that it happened, and I give Him all the glory.

Secondly, I realized that every dollar would count. So I started doing anything I could to find those dollars:

I really can’t remember the exact timing or amounts, but I know that, somewhere around that time, I was also able to take some extra exams at work that got me a small bonus of about $250.

I also don’t remember the rest of the details, but I know I sold stuff aggressively. And I distinctly remember that small amounts of $20 or $50 came from here and there, and that the Lord also sent larger amounts through some unexpected sources. I think I even got an escrow refund in the mail from my mortgage company, totally by surprise.

I’m sorry for the fuzzy details, but the point is: I got aggressive, even to the point of selling things that really mattered to me.

But as soon as I started trying, the Lord came up under me and helped me.

This is actually how my husband and I started getting to know one another. We were in the singles’ department’s Sunday School at our local church, and I went in one morning to class early. No one else was there except Bruce, and I was fired up because Jesus had been helping me get this $1,000. I couldn’t help but testify to Bruce about what God was doing! And that started it all. 🙂 🙂

Anyway, after I started working on my first $1,000 emergency fund, it only took a few weeks until the Lord had provided the whole $1,000.

Well, I put it in a savings account in a local credit union. Dave Ramsey recommends putting it somewhere where you won’t/can’t get to it easily, so that you won’t spend it on impulse purchases. Well, that credit union was convenient enough that I could make deposits, but it wasn’t my regular bank, so it was hard to get to if I wanted to spend anything. I didn’t get a checking account or anything there, on purpose.

Oddly enough: Dave tells stories in The Total Money Makeover about people freezing their $1,000 in ice, nailing it to the wall in a frame in the closet, or doing other odd things with it. Anything to protect it from being spent! (I think that’s pretty funny, and I would do it myself if I had felt led.) 🙂

I could not describe it. I had NEVER, never had a thousand dollars in my life. Never. Had never seen so much money. And to have that money sitting between me and disaster — between me and

Made all the difference in the world.

I began to sleep better at night. I had more peace, and more faith in God (because I had just watched Him provide and help me), and more joy.

But you know what? What God did for me, He will do for you too.

If you will believe Him and decide that you’re going to manage money His way. You just decide and step out, with lots of prayer, and He will help you.

And my God shall supply all your need according to His riches in glory by Christ Jesus.”

Do you need an emergency fund between you and disaster? If so, what can you do today to start gathering your first $500 or $1,000 emergency fund? Extra job? Selling stuff? Leave a comment below!

Previous Post: « THE Financial Book that Changed My Life: The Total Money Makeover by Dave Ramsey
Next Post: Money Answers All Things »

What’s your favorite lotion or perfume? And do y

NEW RELEASE TODAY: Beloved friend, do you need wo

Are you starting the new year with hope for a bett

There is war in heaven today. The Lord showed me

Practicing up on my three-goat wifery. Bruce said

What I spent hours doing today to beat the devil.

WHOA! Did you know that cowards are going to hell