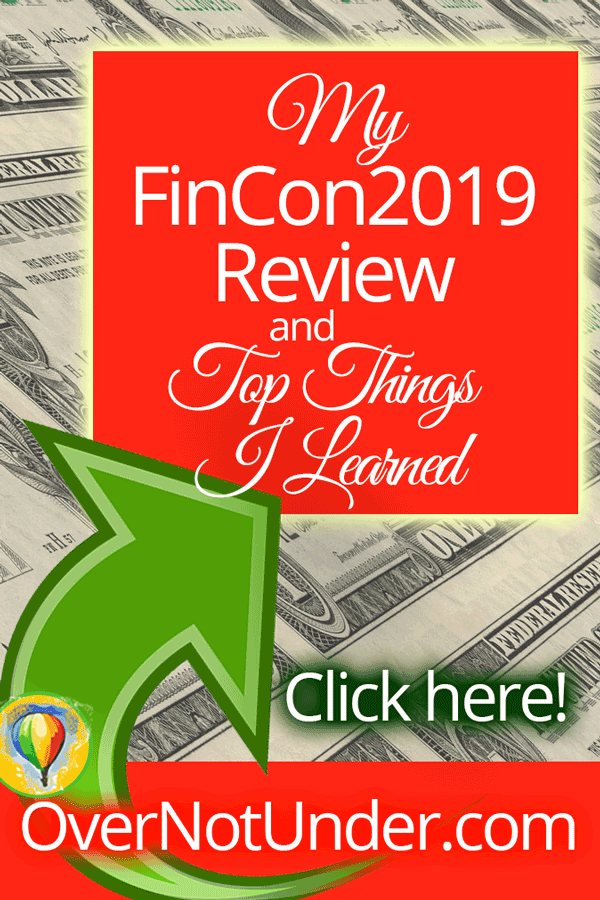 I just finished attending 4 days of technical blogging training at FinCon 2019, and I’m reeling. 🙂 I’m freaking out about All The Things in a VERY good way! In this post, I want to share with you some things I learned and noticed–things that apply to you whether you have any interest in blogging conferences or not. 🙂

First, why did I go to FinCon?

This was my second time attending FinCon. I went last year, too; and I wanted to attend again because:

What did I learn at FinCon?

Here are my top two categories of takeaways from FinCon 2019:

I had a podcast in 2014, but I discontinued it because it cost money to produce–money that I didn’t really have available at that time–and because it took massive amounts of TIME that I also didn’t have.

I have been thinking about starting another podcast, however; so I focused primarily on the podcasting and video tracks at FinCon. (They offer breakouts for days on end on blogging, social media, podcasting, YouTube, journalism/freelancing, and so much more–all simultaneously. So you have to pick and choose which sessions you want to focus on for each one, and listen to the recordings of the others later.)

Considering that my former podcast was in 2014, I assumed that podcasting methods would have changed. But, no! They are exactly the same. This thrilled me. Starting another podcast won’t be as hard as I thought it might be!

BUT, even though the basic method of creating a podcast is still the same, I learned SO much about equipment, podcast/audio editing, interviewing people, marketing the podcast, organizing your content, and more.

2. The culture of FinCon is a breath of fresh air–and it’s all because of God’s principles.

THAT is what I believe you need to know about–because it will impact your daily life even if you never have anything to do with blogging (other than reading this one, of course) 😉 and never attend an event like this.

FinCon is a totally secular industry trade conference. But you know what? The people there believe in a whole heap of God’s principles, even if they don’t attribute those principles to God.

God’s principles work the same whether you think they came from God or not.

Here is a list of God’s principles that I saw in action at FinCon:

1. An abundance mindset, not a poverty mentality.

The culture of FinCon is to go out, be proactive, do awesome things, and make GREAT money. This is normal there. It’s expected. It’s appreciated. It’s everybody’s goal, and everybody encourages everybody else to show up and SLAY. 🙂

Contrast this to a poverty mentality, which says:

Ugh!!!! Doesn’t that list of bullet-points under the poverty mindset just give you the heebie-jeebies?! It does me! I HATE POVERTY and the poverty mindset. And unfortunately, I see way too much of it. Poverty keeps both the poor-minded person and everybody around them down.

But, ABUNDANCE and an abundance mindset lift both you and the people around you.

People at FinCon have an abundance mindset.

Maybe not every single solitary individual does, but most of them do. Abundance is the culture there. And you know what? Abundance comes from GOD …

… And if you and I believe in God and have given our lives to Him, that means we should try to be like Him. And becoming LIKE Him means we THINK like He thinks, do what He does, and talk like He talks …

… which means you and I should become the most abundance-minded people around. 🙂

I love FinCon because of the open, generous, abundant mentality that people have there. 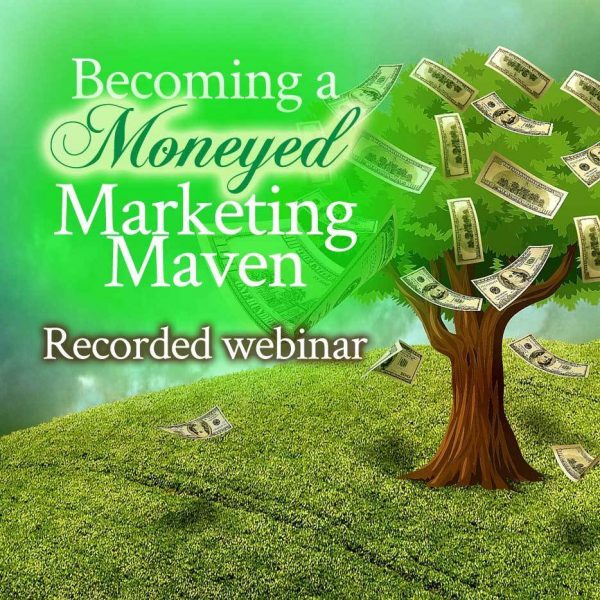 My class about how to set up a profitable business or ministry (so you can actually fund your work, even if it’s a non-profit ministry) gives you PRACTICAL help about how to set up ministry/business sources of income. Click the image to check it out, and use coupon code “fifteen” (no quotes) to get 15% off this class in my Gumroad store.

Reason #2 why I adore FinCon so much:

The culture of FinCon is for people to dream big, be aggressive, and be proactive. And the reason that so many of the people there absolutely SLAY is because:

So many people I talked with or heard speak at FinCon are ALL IN. By that, I mean:

Does this mean every single person is like the list above? No, of course not. In a group of a couple thousand people or however many people were there, you’re going to get some outliers. But the CULTURE is a “no excuses” culture. People show up and slay because they want to.

(By the way, you’re going to hear that phrase “show up and slay” a lot coming from me. It’s the motto for 2020 that I feel the Lord has dropped into my spirit.) 🙂

And just for fun, reason #3 that I love FinCon so much:

When people walk in their calling and execute on their passions day in and day out, you can tell from looking at them. They look good. They look happy. They’re physically fit. They shine. They carry themselves with confidence and good-natured humor. They bring their “A game” everywhere they go. (Another something I learned from, hello makeup and dress clothes, which this busy mama often eschews but no more.) 🙂

On the other hand, people who don’t walk in their calling and passions are too often poor, unhappy, depressed, anxious, unhealthy, grouchy, and NOT bringing any kind of game at all–“A game” or otherwise.

You know what? God made you to do a thing. That thing is your destiny.

When your Father created you, He endowed you with a certain call and destiny. He made you to be the head, and not the tail; above only, and not beneath. He made you to go OVER, not under. 🙂 (Hmmm, that sounds familiar.)

And until you walk in that calling and begin living out what God Himself made you to do and be, you’re going to be miserable. It’s just that simple.

So you know the third reason why I LOVE the FinCon experience? It’s this simple:

I absolutely LOVE seeing SO MANY PEOPLE living out their callings, passions, and aspirations. I love seeing dreamers dream big and achieve their dreams. I love seeing confidence look good on people. I love seeing how nicely success sits on their shoulders. And I weep for people who have not yet experienced that.

“Yet” being the key word there …

YOU can walk in your calling too.

What were you made for? What were you born to do? Whatever it is–whatever your passion is, whatever your aspirations are, and whatever you are uniquely created for–it’s NOT TOO LATE. Start now and do it. If it has something to do with finances or blogging, go to FinCon! I recommend it. But FinCon is really not the point.

The point is that your bigger destiny will look good on you, too.

Finally, the last reason I LOVE the FinCon experience:

These people make MONEY. And every single one of us should be making that kind of money too.

That’s right: YOU should be making millions. And so should I.

Why? Because if you’re going to be like God, you have to manifest His abundance. Because it’s His will for you. Because the Bible says you should make that kind of money and more. (Read Deuteronomy 28 for more about that.)

Yes, you and I should make a million dollars before breakfast every morning. You and I should be running multi-billion-dollar businesses. We should ALL be doing this, because there’s absolutely no reason and no excuse not to … and it’s our job to finance the expansion of God’s Kingdom.

I’ll leave that right there, as something for you and I both to think about.

In summary, if you have any interest in blogging, podcasting, YouTubing, or whatever, go to FinCon. But even if you have no interest in these things, pay attention to the things I wrote above. They’re important. 🙂

Previous Post: « Favor Coach Corner: Destiny by Design
Next Post: Are You Sowing Into Good Ground? 3 Ways to Know »

Day #5 of exercising ‘til I get my timber frame.

Day 4 of exercising ‘til I get my timber frame.

Day #3 of exercising ‘til I get my timber frame.

Day 2 of exercising ‘til I get my timber frame h

Day 1 of exercising ‘til I get the timber frame